Submit a Tip
Tip Follow-Up
Mobile App
If you have any information about these crimes or any person(s) involved, you are urged to call Crime Stoppers or submit a Web Tip. 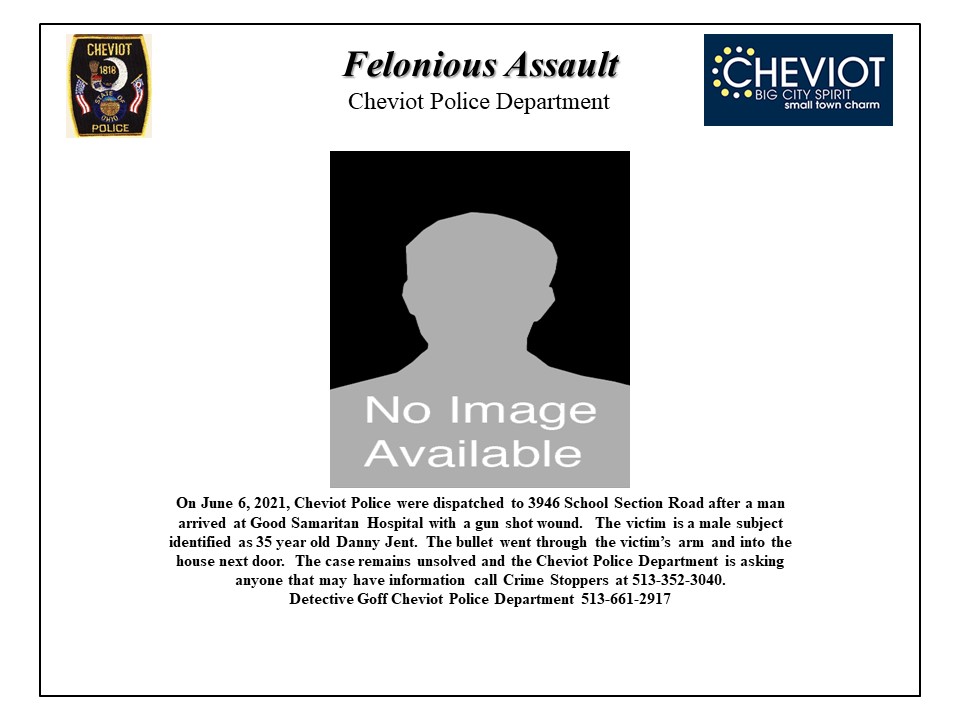 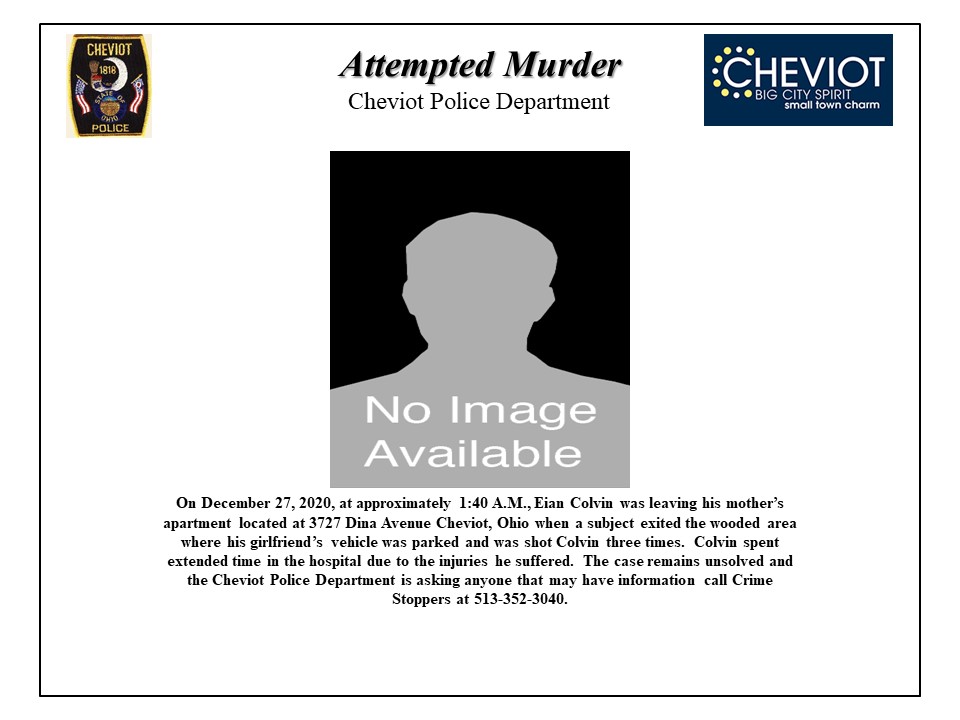 Cincinnati Police Department District 3 Investigative Unit is attempting to identify the suspect involved in an Aggravated Robbery offense which occurred on July 7, 2021, at the Glenway Pony Keg located at 4931 Glenway Ave.

Suspect is a male white between the ages of 25 and 35, approximately 6 ft tall.  Identifiable clothing includes an Under Armour backpack with “Next Up” logo on it.  A firearm was used in the offense and cash was taken.

Please contact Detective Alex Gettys at 263-8339 with any information on this suspect. 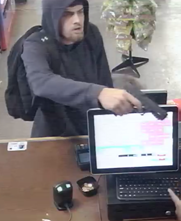 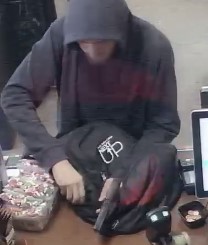 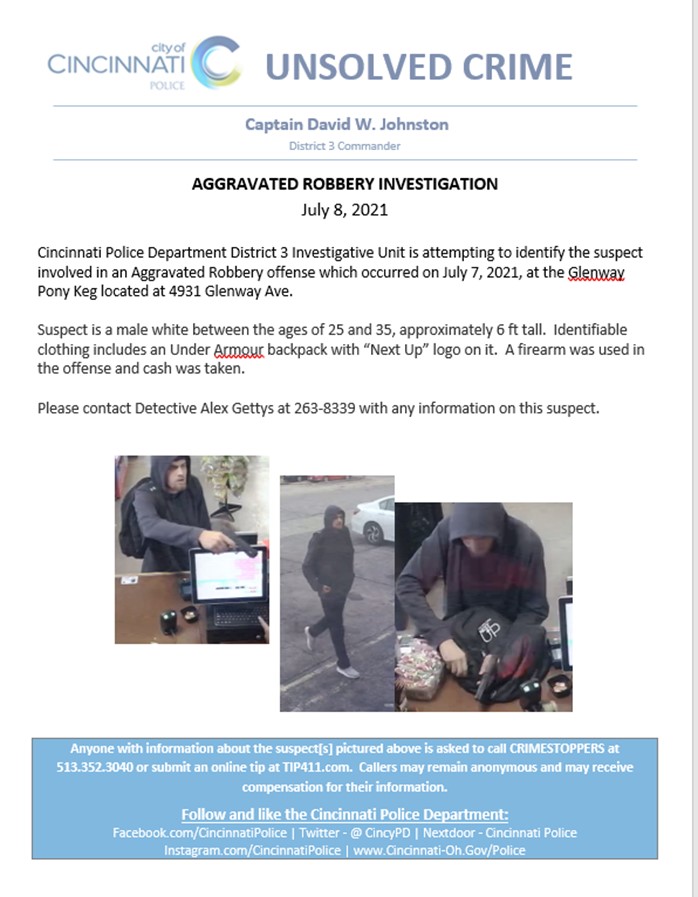 On June 22, 2021, a male subject wearing a mask over his face entered the Family Dollar located at 3407 Harrison Avenue.  The subject walked to the back room of the store and entered an area not open to the public and stole 10-12 cartons of cigarettes, an employee walked in on the suspect and when the employee began to follow the suspect, the suspect pulled a gun on the victim and then left the store.  The suspect was wearing a black Lakers ball cap, jean shorts and a striped shirt.  The subject came back with a female subject on July 13, 2021 with a female subject, entered the back room and stole 25 cartons of Newport Cigarettes.  The case remains unsolved and the Cheviot Police Department is asking anyone that may have information call Crime Stoppers at 513-352-3040. 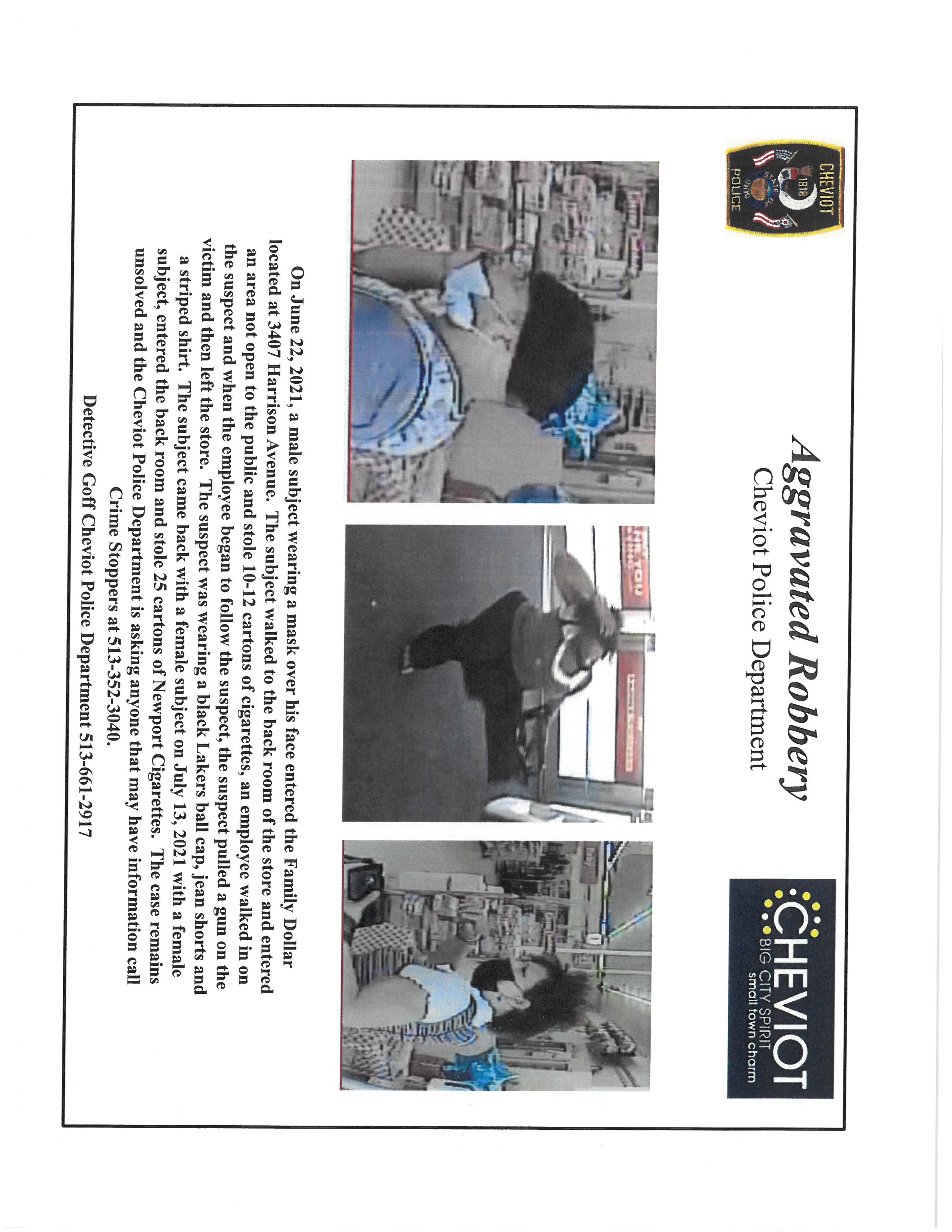 On 6/22/21, at 4:30 PM, a Felonious Assault/Criminal damaging offense was committed in the 1900 block of State Avenue.  During a road rage incident, the suspect followed the victim and her 1-year-old daughter in her vehicle. When the victim stopped, the suspect exited her vehicle and punched the victim’s driver side window damaging it.  When the victim attempted to flee the scene in her vehicle the suspect followed her and rammed the victim’s vehicle several times. The suspect vehicle is a Black, older model, GMC SUV, operated by a black female 35 to 40 years of age.  Please contact police, Crime Stoppers at 513.352.3040, Crime Stoppers website at P3TIPS.com, or District Three Investigative Unit, Detective L. Mendes, at 513.263.8331. 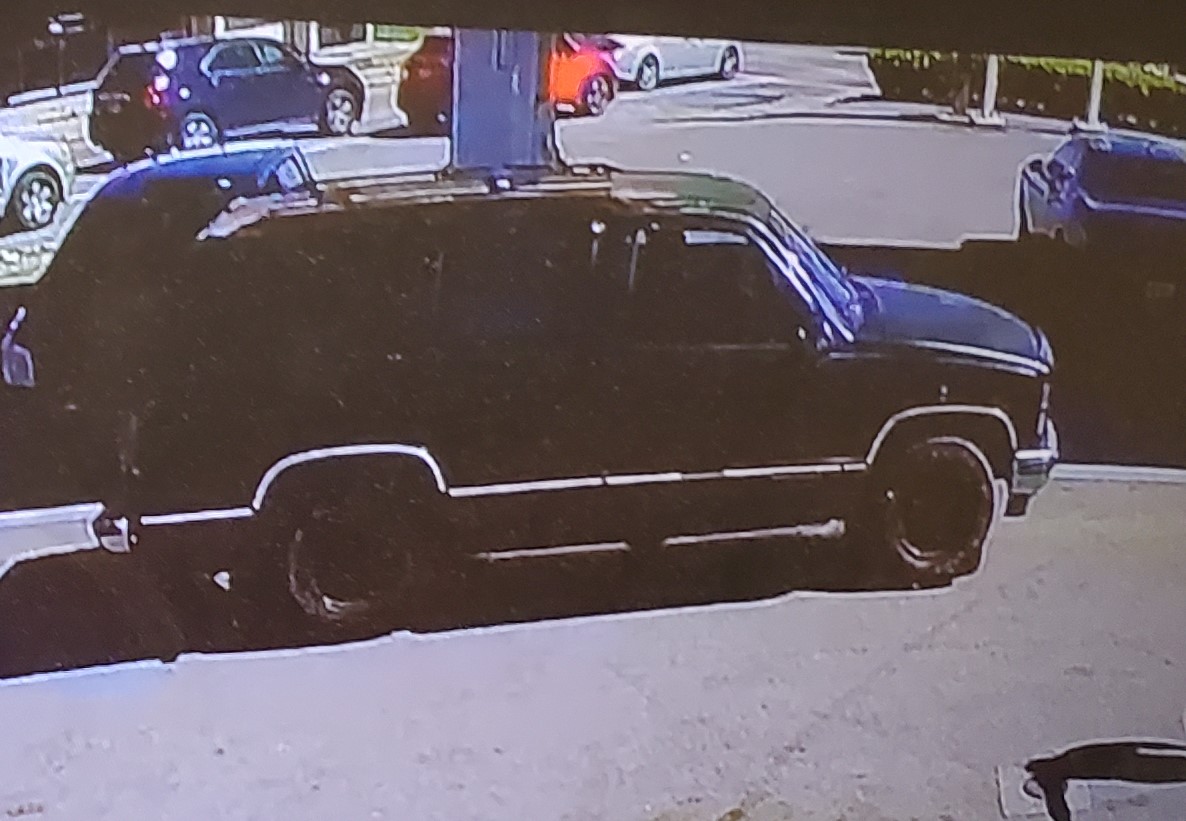 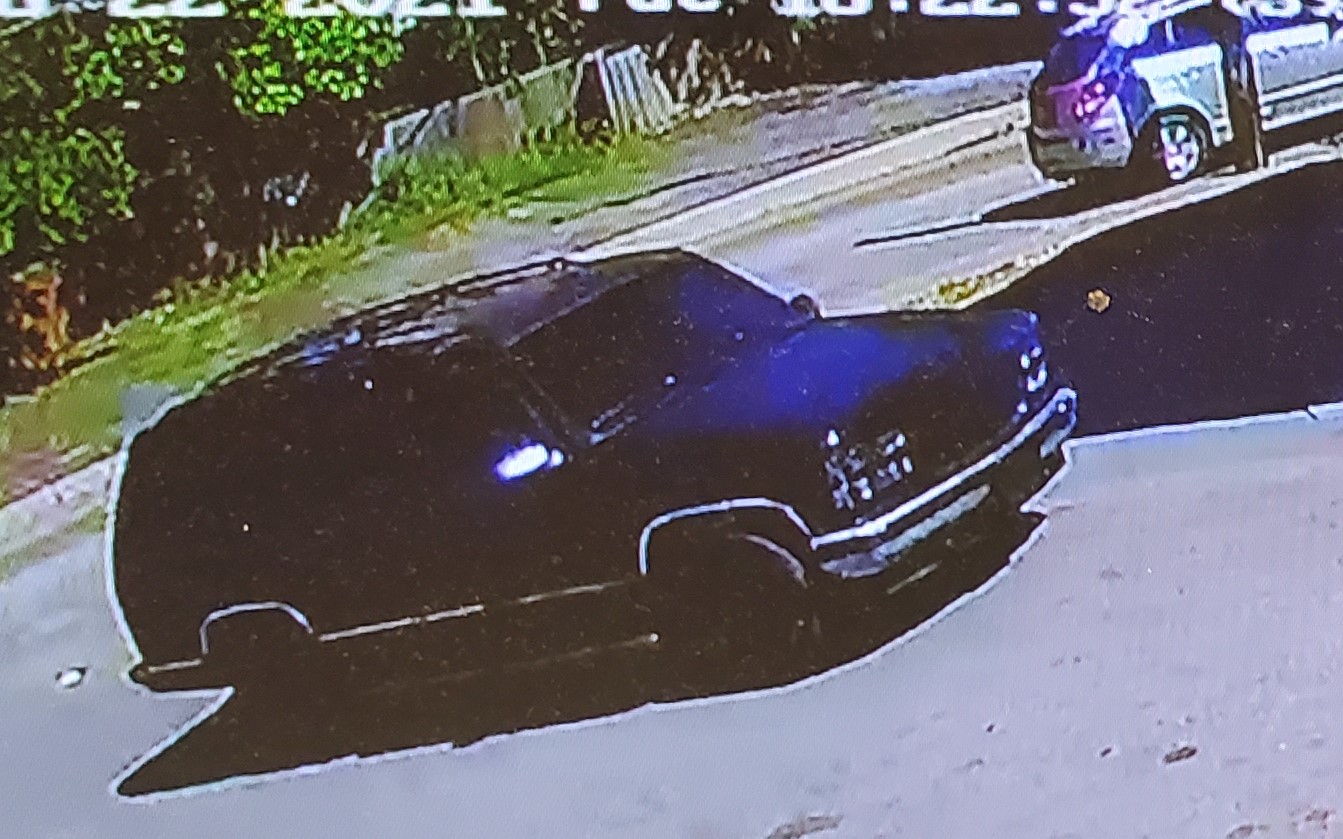 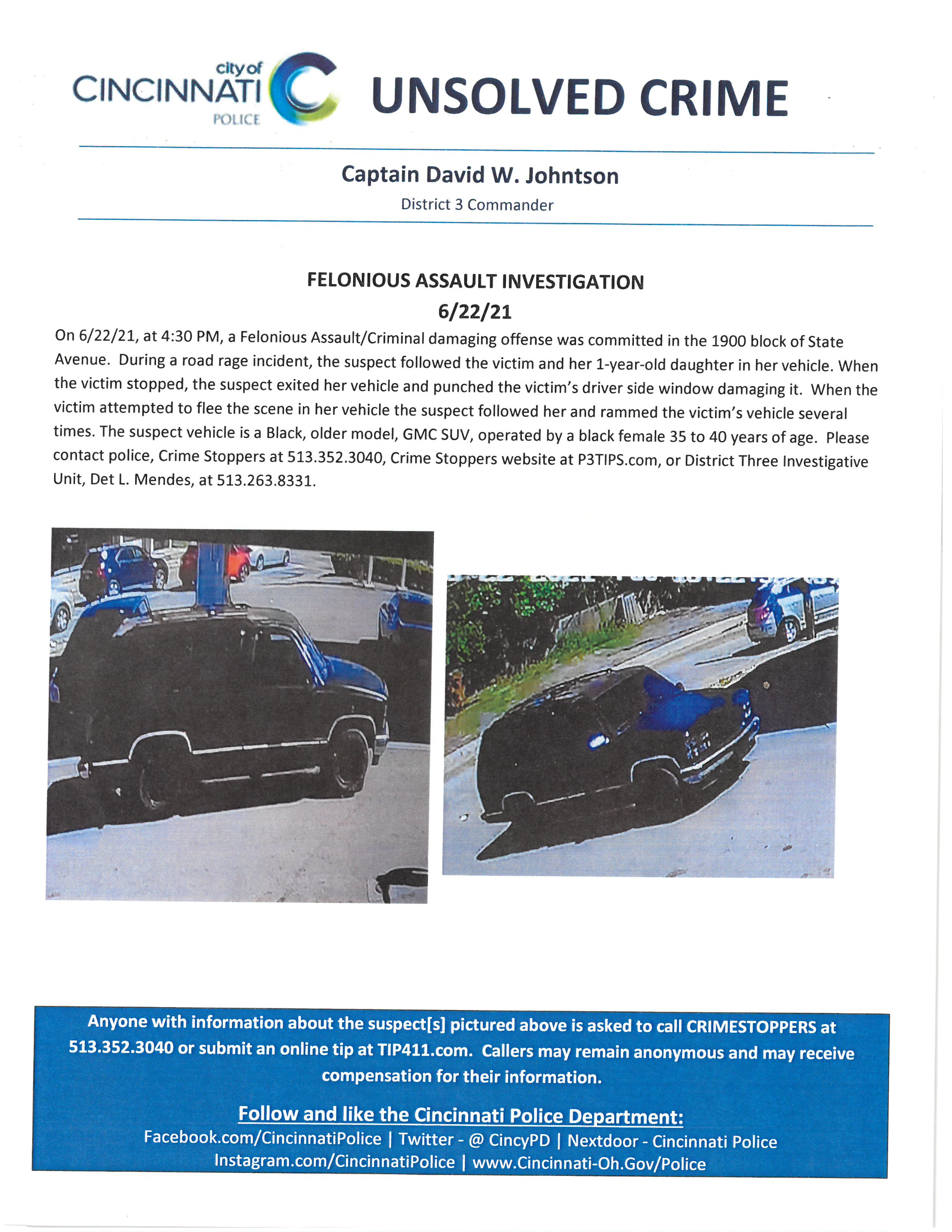 Cincinnati Police Departments District 4 is attempting to identify a suspect who entered the UDF at Vine St. and Galbraith Rd. Suspect was in a grey Toyota Tundra truck that was stolen out of Wyoming area and since been recovered after incident. Suspect forced entry into business and took items and fled the scene in a southbound direction. Anyone with information reference the recovered vehicle and or any arrested connected to vehicle please contact District 4 Investigators. 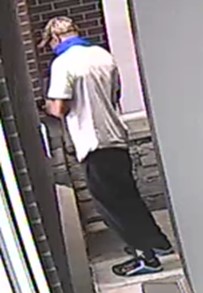 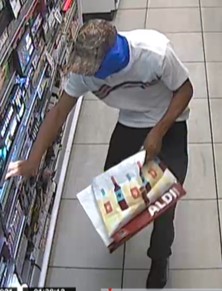 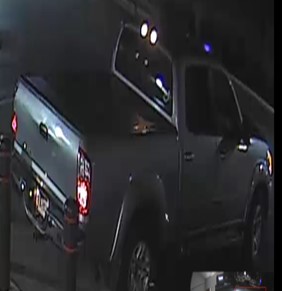 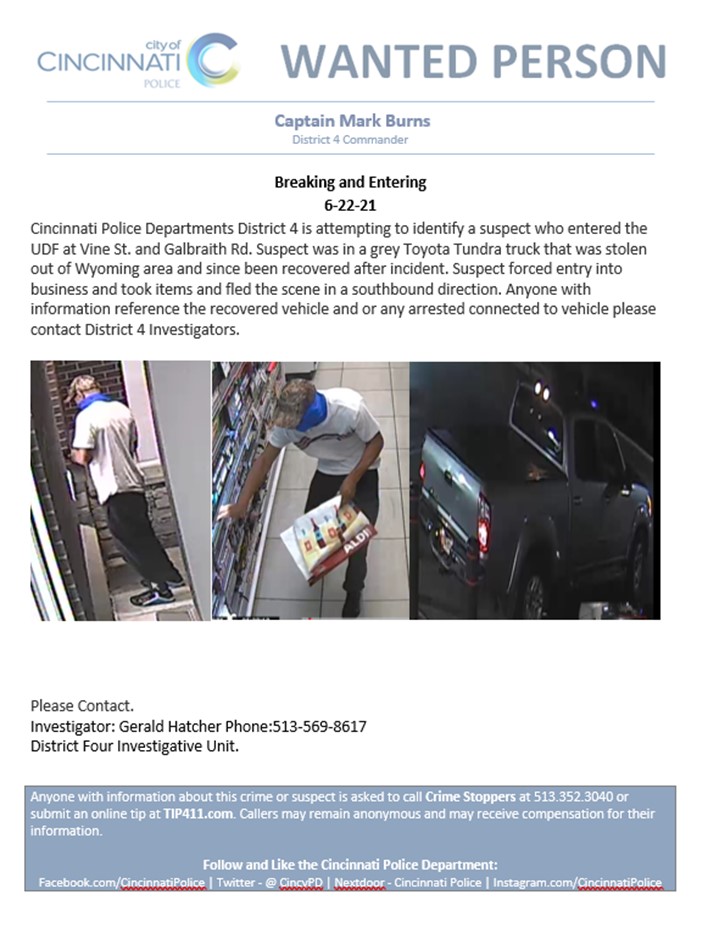 The Cincinnati Fire Department is asking for help to identify the attached subject wanted for the investigation of Arson. 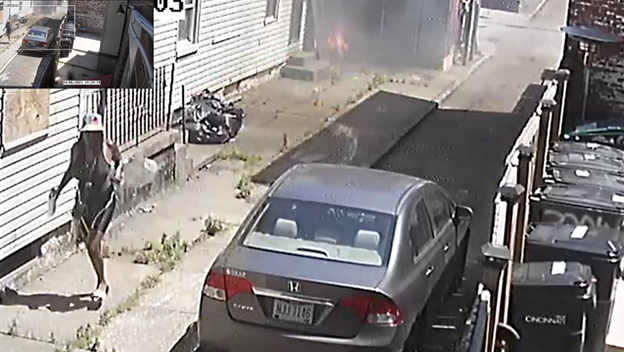 Independence Police Department needs your help in locating to the pictured females and the stolen vehicle.

The video shows a light blue 2007 Chevy Cobalt with a Kentucky tag of 159GGF. You then see two females, one wearing a lime green shirt with jeans and the other female wearing a pink shirt and tight black pants, exit the store. The female in the lime green shirt then enters the vehicle's driver side, and the other female enters the passenger side. The car then leaves the parking lot out the southernmost entrance of the parking lot. The video footage shows the females walking to the store and sitting in the store before the theft occurred.

If anyone can identify the pictured females or provide the location of the vehicle, please contact the Independence Police Department at 859-356-2697 or Crime Stoppers at 513-352-3040. 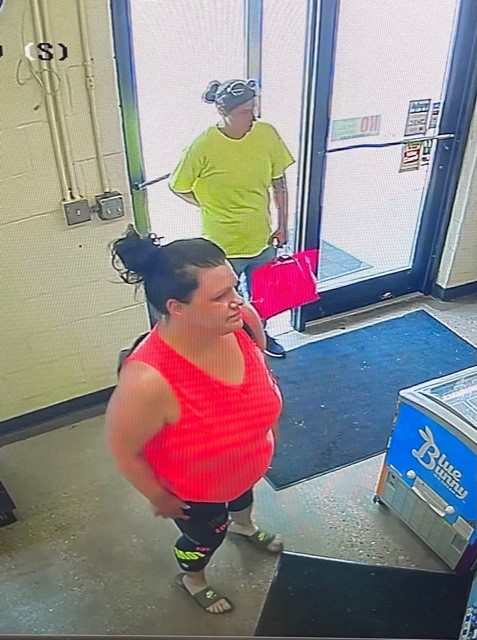 On June 10, 2021 the unidentified male white pictured above (believed to be operating a Honda accord with no front bumper, no passenger side head, and a red drivers side front fender) has been banned from the UDF at 920 W North Bend Rd by the manager for harassing customers.  Today the suspect returned and attempted to pump gas.  When he was unable to pump gas, he entered the store. The male was told he was banned and needed to leave.  The suspect became upset, left the store, and got into his vehicle. The male then pulled his vehicle around to the side of the building, jumped the curb, and attempted to drive through the building while calling the store phone to advise the employees that he was going to kill everyone in the store.

The identity of the individual is unknown at this time. 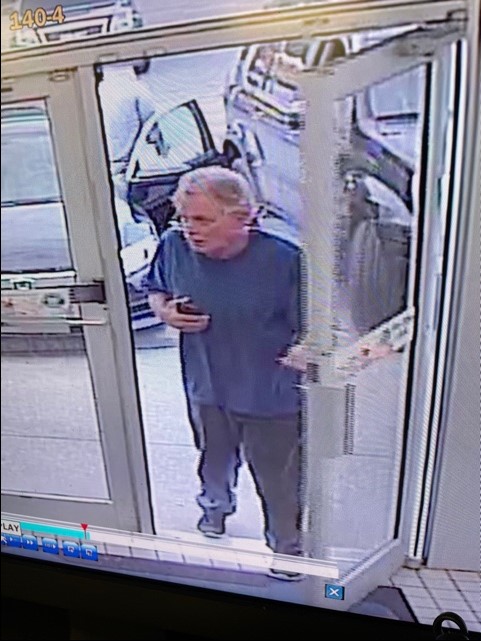 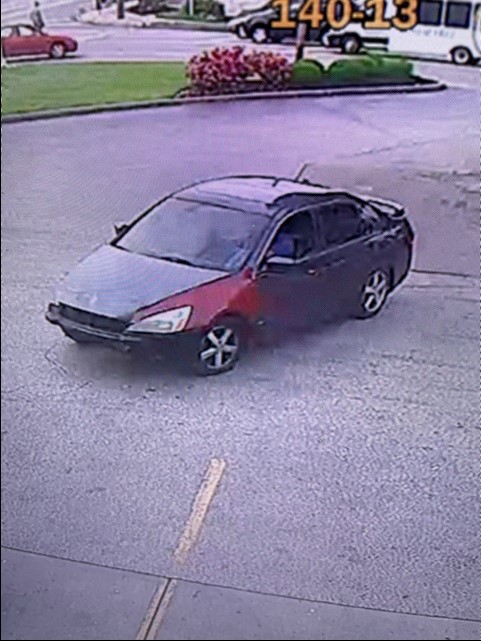 On June 1, 2021, District Five Officers responded to a report of a shooting at the BP Gas Station at 1326 Hopple Street.  Witnesses observed a White Honda with tinted windows leaving the scene after the shooting.   Pictured below is a picture of the Honda and the driver of the Honda.  If stopped or located, notify Detective Tracy Jones of the District Five Investigative Unit at 513-569-8581 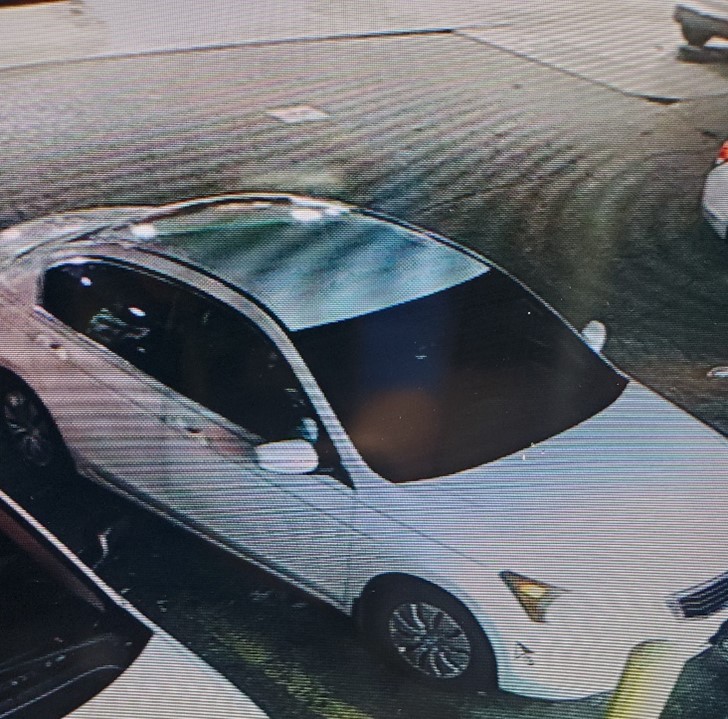 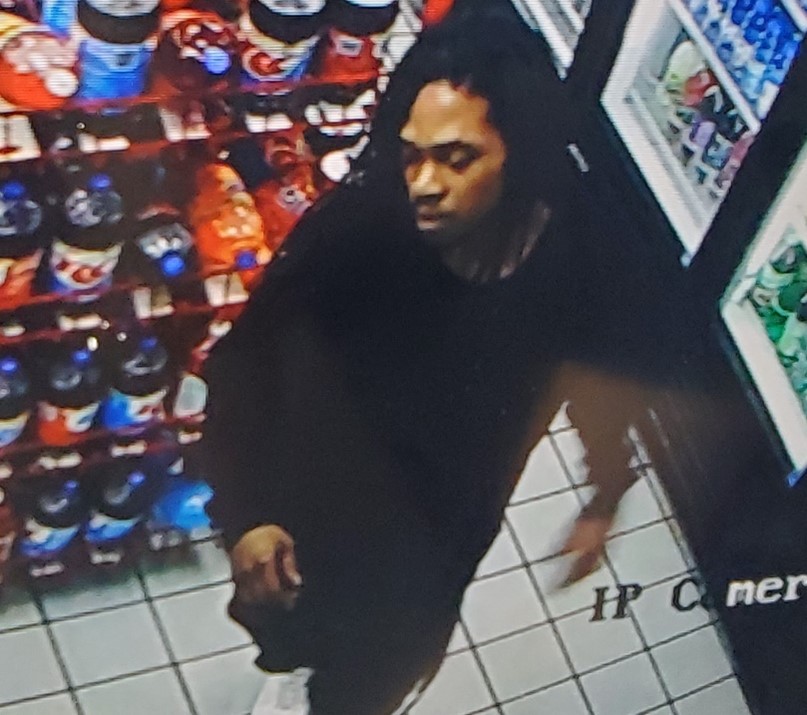